Getting Paid: The Problem with Money in Medieval Fantasy

This is a theme I harp upon, but one that I now want to address in the full. Throughout human history, money has meant different things. There were, for example, complex credit markets in the ancient Akkadian empire but no credit in medieval Europe until the development of the crusading banks. Rome had a firm numismatic base throughout its history, as did the Mediterranean world. However, that frequency and use of currency collapsed with the severing of the great Roman tax-spines that brought wealth from the provinces to the administrative centers. Christopher Wickham has posited two major tax-spines: East-West from Iberia to the middle-eastern provinces and North-South from the upper reaches of Germania down to North Africa.

The transfer of money was mostly facilitated under a dual scheme, namely that created by the imperial administration and the shadow-schema of the great pagan families of late mid- and late-Rome who owned properties throughout the Empire, establishing vast networks of wealth. However, when the administrative systems broke down (mostly thanks to Vandals in North Africa spinning off into a successor-kingdom based on the Roman model and the various wars in Ilyria and the Balkans), this transfer of funds dried up. The great numismatic arteries of Rome were severed and the economy bled out, fundamentally changing the nature of exchange throughout the remnants of the Empire.

When we talk about the medieval milieux being in some senses post-apocalyptic, this is one of the things we mean. The resurgence of universally accepted coinage, duties in money rather than service, and complicated credit markets would not recur until the late 14th century. Thus, it is my contention that the absence of an overarching moneyed economy is something that is particularly important about the medieval world. The inaccessibility of money helped define the middle ages in very deep and important ways. Inter-personal relationships, always important in Rome, took on heightened meaning as they tended to be the only markers of status where income was no longer a sign of institutional power simply because it did not flow freely enough to make much difference.

Gold mines in Iberia and the middle east shut down. The common currency of Europe was an exchange medium of silver. Gold was so rare that gold coins were generally called Bezants, after Byzantium, since only the remnants of Rome and the new Middle-Eastern kingdoms (with functioning gold mines in Armenia and the Near East) could mint coins in it.

So part of the medieval worldview is a place where coinage is not the primary method of transaction. This clashes quite a bit with what we've been led to believe about Dungeons and Dragons in particular and fantasy in general. We're used to societies that are structured more or less like ours, with merchants and intermediary levels that we can comprehend. We're used to people treating coins (usually gold) in fantasy the way we treat credit. Perhaps we cop to the quaintness of their "medieval" livelihoods by not having exchange rates, or have them fail to understand currency liquidity. But that's not a truly medieval worldview.

Medieval thought requires an exchange of fidelity, or at least of services. When someone pays a sage in D&D, this should more properly be the grant of lands or incomes (or books, or parchment, or food) to a powerful foundation. Individual scholars never garnered money. When someone in a fantasy novel pays another person with gold coins for lodgings, this would be more properly represented by doing some work around that person's house.

I'm thinking about ways to incorporate this truth into my games. I'm not there yet, but when I am, I will work up an article or two about the best ways to approach it.
Posted by JDG Perldeiner at 8:00 AM 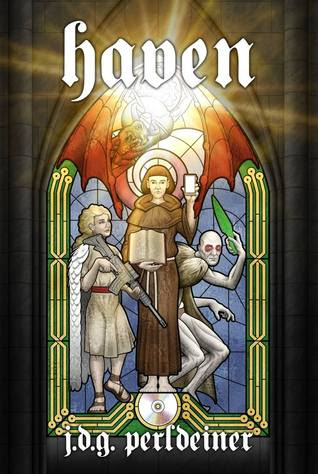